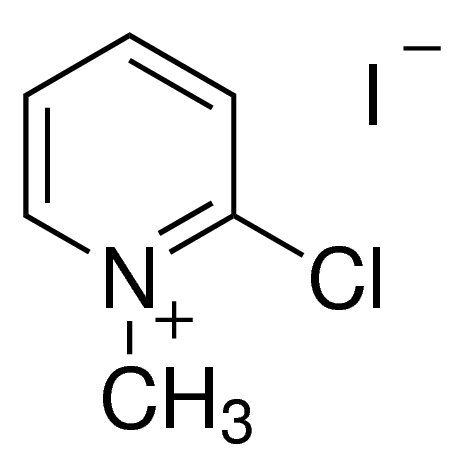 2-Chloro-1-methylpyridinium iodide (CMPI) can be used as:

2-Chloro-1-methylpyridinium iodide (Mukaiyama reagent), is a commonly used reagent in organic synthesis for the activation of the hydroxy group of alcohols and carboxylic acids. It is used to synthesize derivatives of esters, lactones, amides, lactams, and ketenes from the corresponding carboxylic acids. It is also used as an efficient coupling reagent in the synthesis of peptides because of its low toxicity, simple reaction conditions, and also less expensive than EDC.

Write Your Own Review

Our team of scientists has experience in all areas of research including Life Science, Material Science, Chemical Synthesis, Chromatography, Analytical and many others.